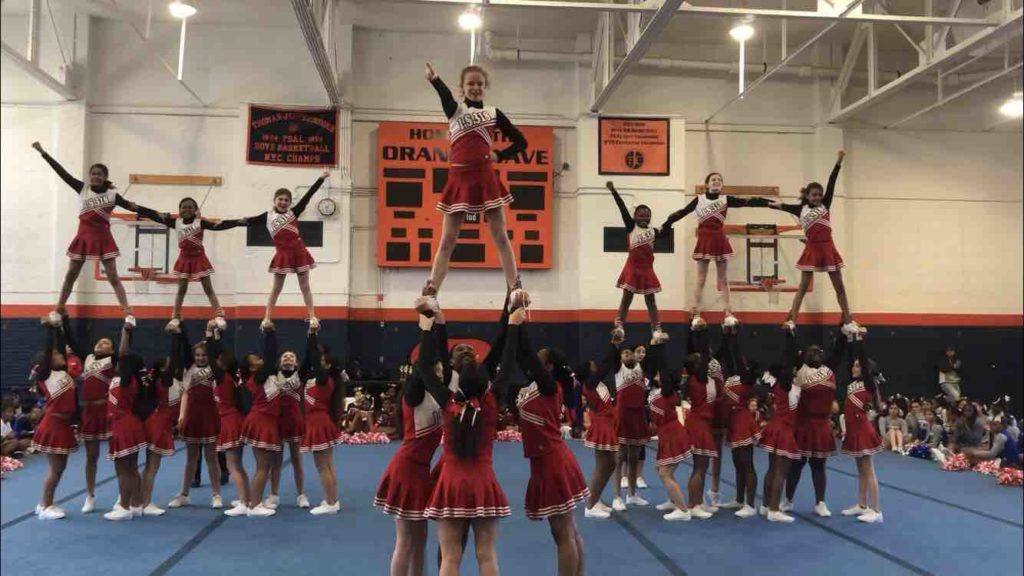 The I.S. 318 cheerleading squad is a competitive cheerleading team. Competitive cheerleading involves the squad being able to perform a 3 minute routine highlighting their skills which include cheer, dance, gymnastics such as tumbling, jumps and stunting. I started the team 4 years ago but we have only been competing for 3 years now. The past 2 years I have been lucky enough to have Ms. Cruz and Jewelia come on as coaches as well. With their help we have really turned the team into something special! We travel throughout the 5 boroughs and also to New Jersey for competitions. Throughout these 3 years we have won the following awards: